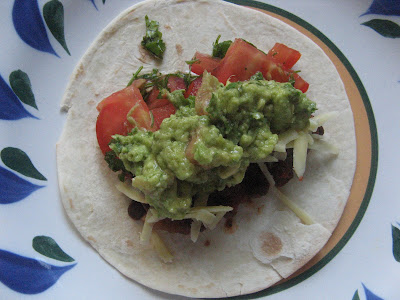 I have been a burrito addict since I visited San Francisco when I was 18. But lately I've been getting into tacos.

Why? Well in restaurants they're often offered with more delicate, flavoursome fillings than your chunky burrito - no rice allowed. You can opt to just eat one or two tacos for a snack. They're fun to make at home sitting around the dining table. And toddlers love 'em. 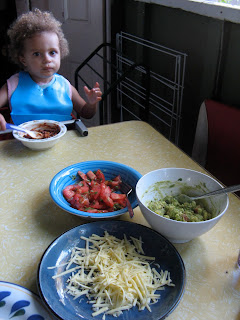 But tacos must be soft. For some reason the tacos that made it to New Zealand during my childhood were hard, crunchy and very difficult to eat. Ideally you want soft corn mini tortillas that you heat in the oven before filling.


Billie's still getting the hang of the Mexican thing - she's mastered nachos but when handed a taco she tends to separate the tortilla from the filling and eat one at a time. Mind you, she's been doing that with pizza this week too.

I have a standard vegetarian chili/refried beans recipe that I use for burritos, nachos, tacos and everything in between. I made it up shortly after dining out on that fabulous Mexican food in California. Fifteen years later I still use the same recipe. 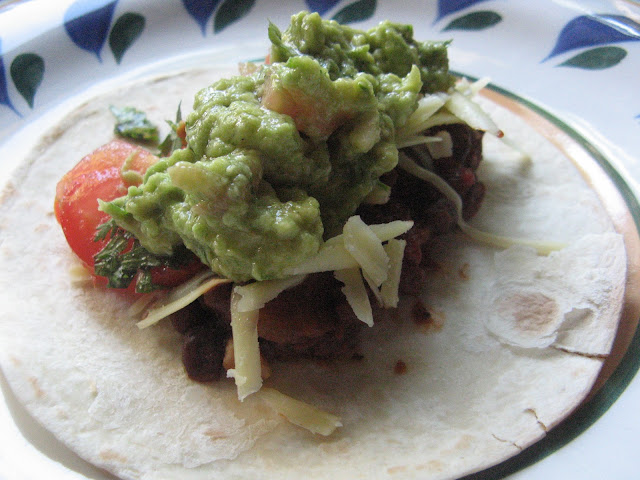 
Soak and cook beans, or open tin. Heat oil in fry pan and saute onions and garlic. Chop tinned tomatoes and pour into pan with juice. Add rest of ingredients, while stirring over a medium-low heat. Simmer on low until reduced down a little. For tacos you want quite a dry chili, but if serving just with rice etc or with corn chips for nachos then don't reduce as much. Check seasoning.


Meanwhile, prepare other taco ingredients. Last night we used grated cheese, fresh chopped tomatoes, some guacamole, and a little spinach and coriander (from the garden, no less). Heat stack of tacos in foil on middle shelf in moderate oven for five minutes. Keep wrapped in foil to serve, removing as you use them. Place bowls of cheese and other fillings on table and dig in. 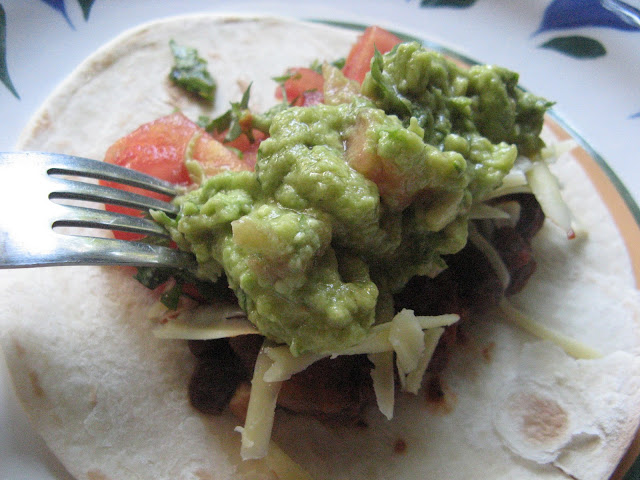