Get ready for some superb Southwestern-inspired food. But first, Santa Fe is kind of the Disney Land of New Mexico. You wouldn't know this if you didn't venture further into the desert, to the mountain town of Taos say. Or even better - little Las Vegas - a town frequented by Billie the Kid and now a popular film set for Western-tinged films by the Coen Bros etc. 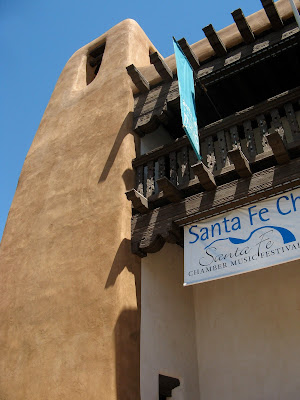 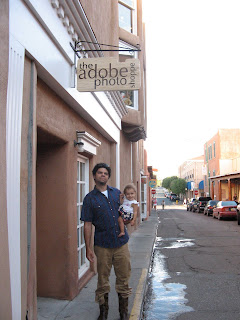 But for wide-eyed tourists such as myself fresh off the train, it's hard not to fall for Santa Fe. Town planning laws dictate that all buildings must pay some homage to the traditional Adobe, invented by the Pueblo people - the traditional land owners. So you play the guessing game of which is the faux-dobe and which is the real mud brick. At least it all looks nice. Even the petrol stations.
It's not just the mud bricks that tourists flock to Santa Fe for. The town has become an eating destination, with it's own cuisine reproduced in many cookbooks and famous restaurants. Unfortunately I cannot report that our dining experience was anything to write home about  - probably because all the good ones were booked out or had queues longer than Billie could possibly stand.
However, we ate well throughout the rest of New Mexico and the US South West. It's a blend of Mexican, Native American - such as fry bread, corn and beans - and some other stuff tossed in.
Getting hungry? This fabulous salsa salad is easy to make and will impress most palettes. Last night I took it to Skye's birthday beach picnic, and there were enough recipe requests to pass the test.
And yes, Billie loves it. Nine-month-old Fig enjoyed a few mouthfuls last night too - although she preferred the beans to the corn.
I pinched this from my current favorite, Feeding the Whole Family, by Cynthia Lair. I've only made a couple of small adaptations. She suggests serving with tortillas or polenta but I have always used corn chips.
This recipe brings together some of my favorite ingredients: black beans, lime, corn, fresh coriander/cilantro and red pepper/capsicum. Served with a bowl of corn chips, it makes a fantastic dish to share. It can be prepared a few hours ahead of time, so good for outings.
SANTA FE BLACK BEAN SALAD
2 cups cooked black beans  (1 1/2 cups dried or one 400g tin = 1 1/2 cups)
1 red pepper
1 corn cob, steamed (or 1/2 cup frozen/tinned corn but use fresh if you can)
1/2 cup chopped fresh coriander/cilantro
plain corn chips, to serve
Dressing:
3 cloves garlic
1/2 teaspoon salt
2 Tablespoons extra virgin olive oil
4 Tablespoons lime juice = one lime
1/8 teaspoon cayenne pepper (use 1/4 if not serving to any kids)
Soak and boil/pressure cook the black beans. They only take 15-20 minutes in pressure cooker if been soaked a few hours. About three times as long if you regular boil in a pot, after soaking. Or open a can or two.
Next, roast red pepper/capsicum to char the skin for easy removal. You can do it under a grill or directly over the low flame of a gas burner. Turn until skin charred on all sides. Place inside paper bag and close to allow pepper to sweat - this will make skin easier to remove. After about ten minutes - or longer if you can wait - the skin should slip off. Slice pepper into thin strips and then chop strips in half.
Meanwhile, steam whole corn cob - again only takes 5 mins in pressure cooker, 10-15 mins probably in regular pot. Let cool then place sideways on board and slice kernels off in strips. Place strips in large bowl with beans, coriander and pepper. Mix gently.
To make dressing: Mince garlic and salt to a paste, either in pestle and mortar or on bread board with a knife. Place in small bowl and whisk in oil, lime juice and cayenne pepper. Pour over salad and toss gently.
Serve with corn chips. If you go for the more spicy option, a bit of yoghurt on the side works well. And if you are feeling energetic, or you want to make the meal go further, the salad partners very well with guacamole.
My suggestions for making this work for all ages:
BABIES AGED SIX MONTHS AND OLDER: Make a little extra corn and puree
BABIES/TODDLERS AGED NINE MONTHS AND OLDER: Set aside a little beans and corn
TODDLERS AGED ONE YEAR AND OLDER: Serve as is - check seasoning 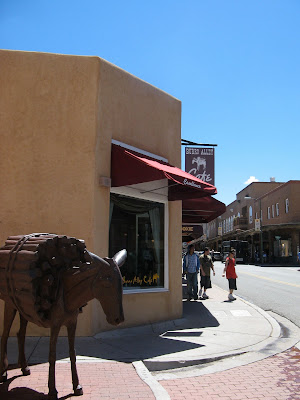 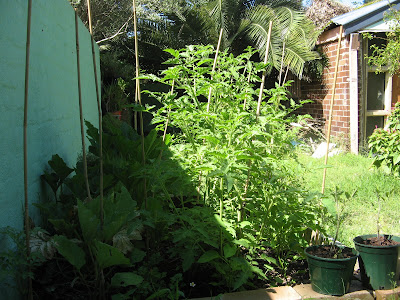 And now, I can't resist a little garden update.
Just two weeks on, and we have several small green tomatoes and one little courgette. 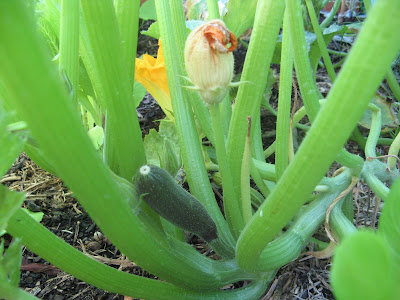 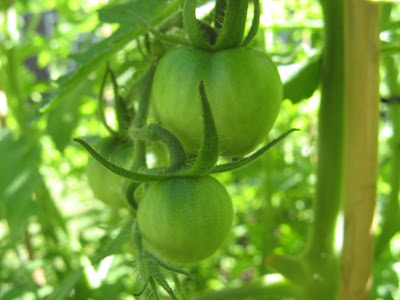 The tomato plants are topping their stakes, and the aubergine plants are getting huge too. The poor lettuce, spinach and basil are getting a bit overwhelmed by the growth of their neighbors, losing a fair bit of their sun. Next time I would put tomatoes in their own patch I think. 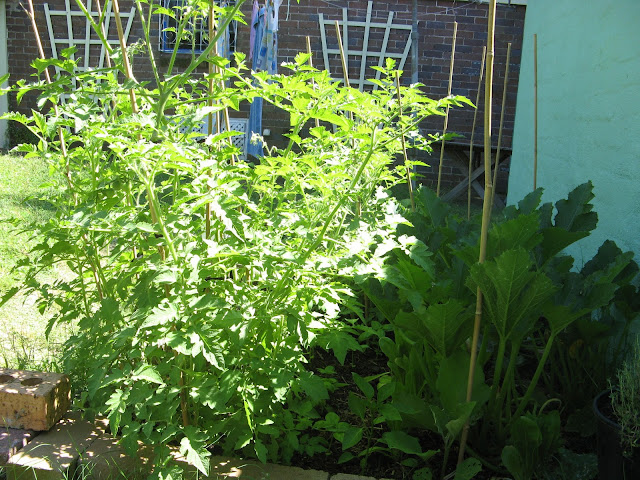