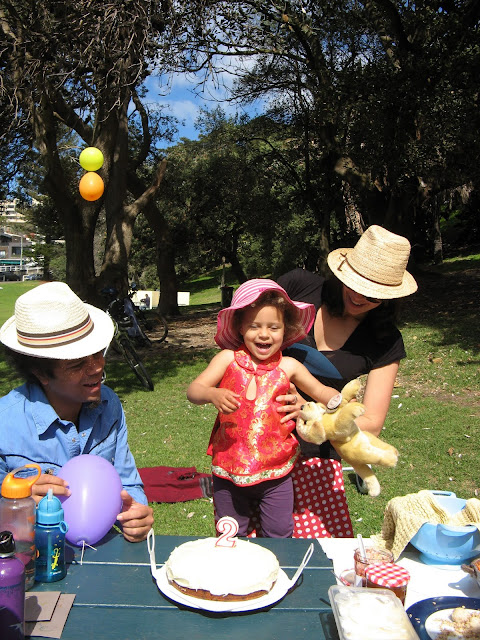 Although she only turns two this week, Billie's build up to today's party was huge. A couple of weeks ago I mentioned she would be having a birthday party soon and she promptly said, 'Have birthday cake!'

Earlier this week I told her we would be having some of her favorite foods at her party. 'Have dates? Have raisins? Have prunes?' was her swift response. I didn't even know she knew what 'favorite' meant. 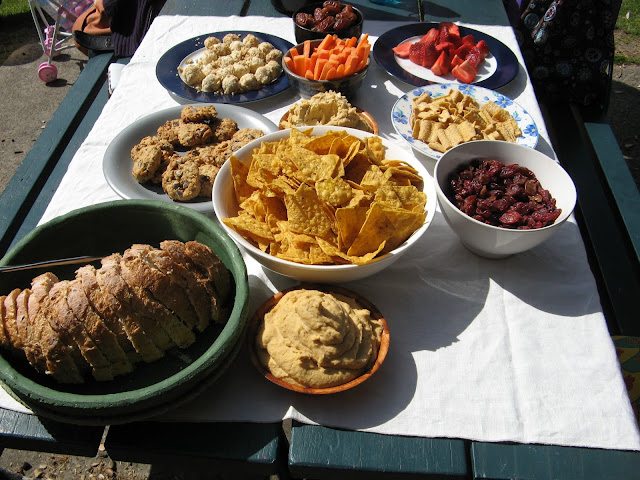 So dried fruit are easy of course. In fact, after seeing my daughter barely stray from the large bowl of red raisins (yes, they are very good and don't have any added sugar like cranberries and sour cherries) I wondered why I had made all this other food.

Billie didn't even eat her birthday cake. After talking about the existence of one for 24hours before, she left her piece seemingly untouched. Perhaps she was overwhelmed and full of dried fruit and crisps (the only 'junk' food or even food form of packet that found it's way onto our picnic table).


Or maybe carrot cake with cream cheese icing isn't such a hit with toddlers. I would like to hear from our guests whether the cake ended up in the parent's mouths or their child'. All I know is the cake disappeared. 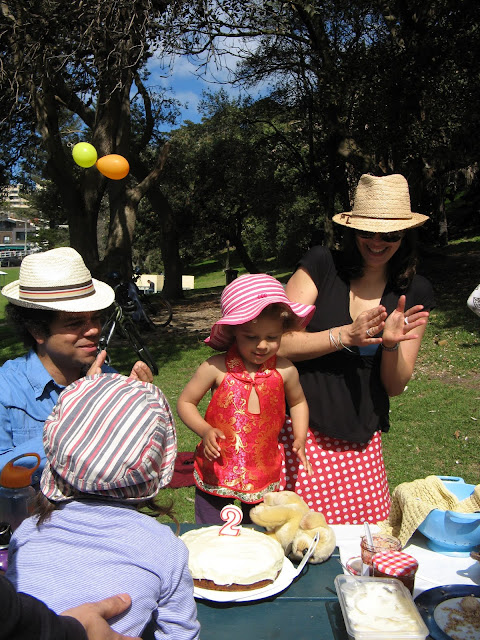 While crisps were the height of junk food and everything else was homemade, things have certainly changed since birthday No. 1 where the cake had two tablespoons of sugar or something equally purist. Today I served chocolate walnut cookies, blissful balls and a cake with two cups of sugar AND icing. And the kids were issued juice boxes. 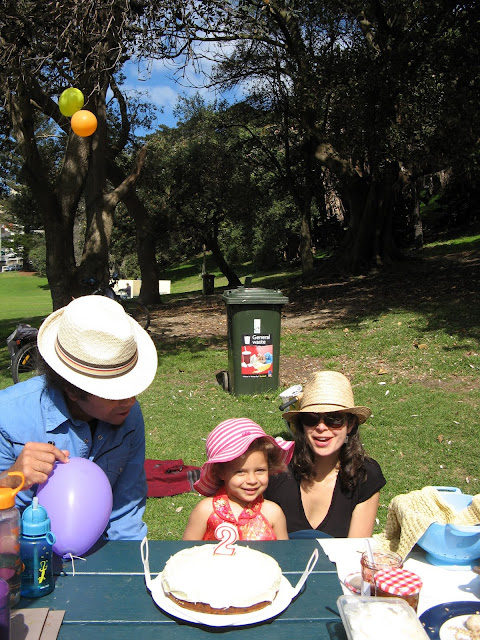 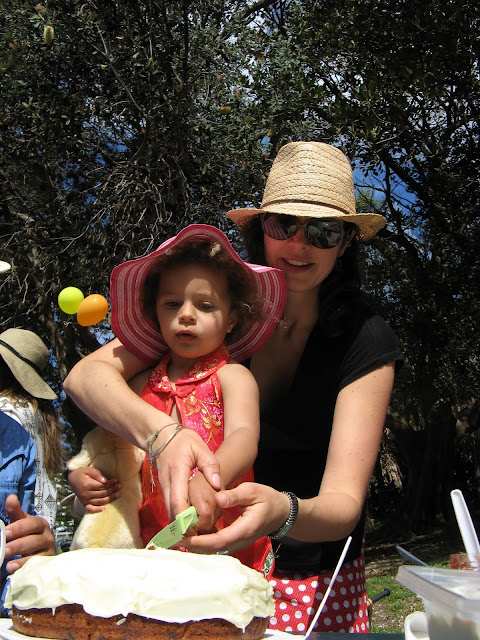 The new kid on the block that I would like to introduce you to, sadly went completely unphotographed today. But picture this: An eggy, cheesy base with yoghurt, onions, dill and a little flour baked in muffin tins and topped with olives. I took a risk as with only 12 I couldn't afford to taste test. Sliced in half they went a bit further and many came back for more. Stay tuned for the instructions next week.